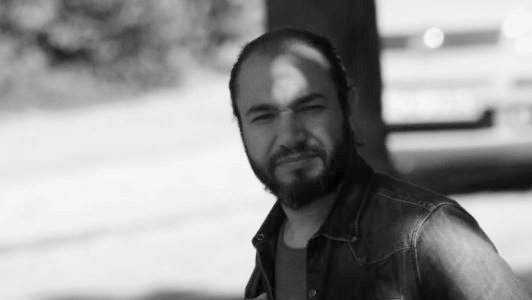 In his large-scale mixed-media works, Abdulkarim Majdal Al-Beik transforms unconventional materials such as charcoal, plaster, starch, ash, and burlap into evocative mediums that reproduce the patina of imbued surfaces. Basing his ‘combine paintings’ on the weathered layers of graffiti, markings, and cracks that can be found on the exterior surfaces of public spaces, he seeks to explore how such understated facets can serve as records of the oscillation of society over time. Replicating the outer textures, colours, and shapes of deteriorating facades, Majdal Al-Beik excavates the buried traces of past lives, passages that situate cities as reluctant witnesses.

With the start of the war in Syria, Majdal Al-Beik’s practice has reflected greater usage of assemblage through the addition of found objects such as small crosses, fabric strips, string, guns, and knives in order to communicate the stark circumstances of life under conflict. His more recent works include a series of conceptual sculptures and installations alongside paintings and photographs as part of the larger series Postponed Democracy (2014).